Sweating the Night Away 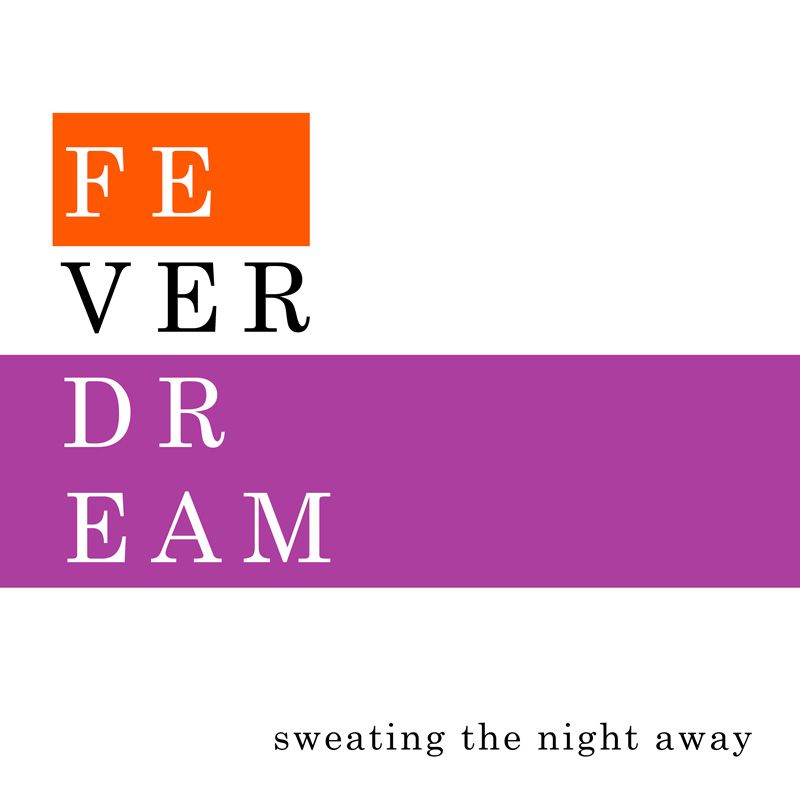 It boggles the mind to think about why Fever Dream never became more than regionally popular. The St. Petersburg, Florida, quartet released three excellent records throughout their half decade as a band together. Helium, their first, from 1987, gave Fever Dream their reputation as go-for-broke, pill-guzzling dancehall jokesters. Helium garnered them a certain notoriety in the Tampa area, which they wrote about in their follow-up from a year later, Sleep When We’re Dead. That album’s lead single, “Tryst,” was featured in the Richard Linklater film Please Carry Me. The band used the money from that album to move to Miami and begin the club-going, drug-using lifestyle they had long been singing about.

And that’s where Sweating the Night Away was born. Fever Dream rented out a practice space in Studio City, a Miami neighborhood popular with artists and students. They wrote the entire album in that space, usually in the early mornings, over nuclear-grade Cuban coffee and after a long night out.

And what’s so fascinating about the sound of Sweating the Night Away is that it has no warmth.

Recorded in the tropics and ostensibly about bodies in motion, moving together, colliding, this is somehow a cold album.

Some of that could be contributed to lead singer Chris Stoia’s distant, unknowable voice that half snarls and half recoils. Stoia howls when a whisper would suffice; his voice shivers when it should be sure of itself. As much as drummer Milan Rodriguez provides the scaffolding for each song, pushing it higher and higher, its Stoia’s voice that remains the band’s defining trademark.

Hear it on songs like “Modern Epics,” which starts slowly, promising a reprieve from the chaos that was “The Process of Thought.” At the beginning of the song, Stoia chants, almost monk-like, before joining the maelstrom created by Rick Emerson’s distorted guitar with a flurry of scatological shouts.

Or how about on the no-holds-barred “Face the Facts,” where Stoia wails pitifully over Evan Feunier’s thumping bass and abruptly shifts to look-at-me, cocksure confidence for the final verse. It’s that essence of up and down, the incongruity behind it all,

that should have made Fever Dream a seminal band for its era, and should have catapulted Sweating the Night Away to the top of every dance-rock list in 1991.

Kraftwerk is probably the clearest influence on Fever Dream, but don’t overlook the importance of Miami musician Esteban Torranza. Torranza famously nurtured dozens of artists throughout South Florida in the late ‘80s and early ‘90s—he’s often credited as the first person to splice Afro-Cuban and punk, creating what was then known as Latin Thrance (a mix of thrash and dance). Torranza, acting as Fever Dream’s de facto manager, is the only who likely curtailed the band’s uglier instincts (see the surprisingly saccharine “Don’t Forget Me” on Sleep When We’re Dead or the woe-is-me teenage complaints of “Somebody Listen” on Helium.

Torranza, perhaps sensing that Stoia’s onstage persona might be a little much for a wider audience, worked to keep the kitsch to a minimum. This led to a conflict with Stoia, who was growing increasingly monomaniacal (as well as beginning to experiment with heavier drugs). To cap the album, Torranza suggested the band do something they hadn’t yet done.

And it’s that song, “Don’t Stop Dancing,” that gives a glimpse of what the band really could have been if they hadn't broken up during Desert Storm in 1991. It is the album’s lone track that doesn’t feature Stoia singing—that honor goes to his then-girlfriend, Vanessa Trask. (Fans of the South Florida club scene might know Trask better by her later career as the regaetton DJ Venus Flytrask.) It’s the first and only song Fever Dream recorded that they really let breathe. So much of the band’s work is remembered for its bust-the-door-down rambunctiousness, its flood-the-dance-floor euphoria. But “Don’t Stop Dancing” builds and builds and, at the very peak of an outlet, tiptoes back to stasis, before finally crescendoing in a near-orgasmic climax. And Trask drives it all, her haunted voice adding depth to what was previously an exercise in superficiality. It’s the type of song that bands seem to make almost by accident, maybe through osmosis. "Don't Stop Dancing" leaves you both happy and sad—happy to experience something so beautiful and moving, sad that the band would never record again, choosing to stop dancing instead of chasing those epic emotional peaks.