On The Up and Up 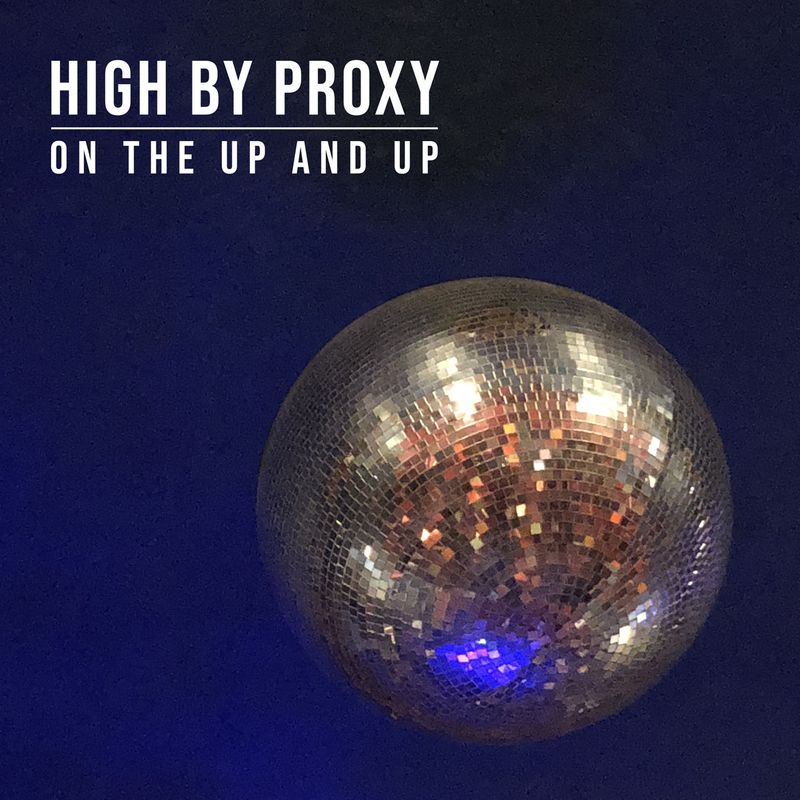 I first heard of High By Proxy in the winter of 2011. I was driving to Detroit to meet an old friend to catch up over cheap beers at a local dive bar. After all, we were both short on cash, and $1 PBR equals a $20 night per person, including the standard $1 tip per beer. We sat at the bar regaling old stories from our reckless youth, not paying much attention to the music coming out of the stereo system. Until something caught my ear, it wasn't the usual Garage Rock playlist that dive bars in the area all seem to have on repeat. What I heard was an effervescent dance beat paired with trippy guitars and fluttering vocals. Very strange. I loved it! Immediately I asked the bartender what was playing on the stereo; he turned around, hit the eject button with his knuckle, and seized a CD from the tray. Reading it, he said, "This is High on Proxy. It's not my thing. You can have it." he whipped back around again and handed me the CD.

I ended up listening to the entire record on my long drive home carving through treacherous snowy roads, holding on as my rear-drive Pontiac clung on for dear life. I was consuming every track as each mile marker passed in the rearview mirror. For the remainder of 2011, it never failed to elevate me and detach me from myself. It became a staple in my music rotation.

But I haven't listened to it since. My car was stolen the next year along with my only copy of the CD. As with all things out of sight, I moved on and forgot about it. Until last week when I discovered the second album by High By Proxy, titled On the up and up at my local record store. Ten years later, out of nowhere, I am transported back to snowy roads and sliding wheels. This time, I'm not in control. I'm hurdling towards an icy bridge facing death, exhilarating!

...take the first album, do precisely what you did before, and then set it on fire.

As a sophomore effort, this album is easy to understand — take the first album, do precisely what you did before, and then set it on fire. Each track is condensed and sped up into a mulled electronic paste and spread with reckless abandon. The effervescent beats of the first album are now boiling over. What happened in that ten-year gap?

The lead singer, Megan Howell's voice, has transformed over the years. You smell the Marlboro Reds and cheap red wine, particularly the standout track Depth of the soul. The lyrics retain the signature trippy lazy delivery within the vocals' grit that pairs well with Dexter Ramse's expert guitar noodling. If it weren't for Dexter's guitar work, you would think this in an entirely different band. He is the lattice that contains the mess just enough without suffocating.

If you prefer the first album's familiar comfort, then the track Transcending and Moon Trails is for you. Lynn Reid's expert synth trills weave through Kirk Arnold's sticky drum beats and send you to an interstellar headspace. Where am I? It doesn't matter, I have arrived!

I've decided not to comment on the other tracks as I need to address the last three songs, Metamorphosis I, II, and II. A trilogy containing a mostly instrumental approach led by Ramse's psychedelic harmonics and Mark Wise tireless bouncy bass lines.

The vocals are sent to the back of the room and provide gentle guidance as you begin this trip. Each act picks up the pace, molding itself around you until you are engulfed. It's not clear if the band was channeling Kafka, and I'm confident I didn't grow a thorax in the process. But it does make you feel you are part of a change and ultimately an acceptance of who you have become.

It's not necessary to consume a copious amount of drugs to enjoy this album. I'm sure it helps, but as the band name suggests, you don't need to. You'll find yourself rocketing into outer space on your own thrust, holding on dear life white-knuckled and driving an old Pontiac.